I’ve talked with my students this semester about persecution many have undergone and still endure for the cause of Christ since Jesus overcame death. On the last day of school before we shifted to online teaching, a friend and co-worker shared some of his experiences growing up in Bulgaria, one of the many European countries overtaken by Communism in the last century. 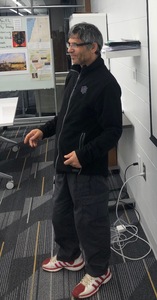 The boys listened intently to Filip as he spoke of a land with little freedom and encouraged us to realize the blessings we so often take for granted. When asked how many times he had been arrested, Filip could not be exact: “There were too many times for me to count.” Guns were held to his head, threats were made to his family, and once he was attacked by being rammed while driving in his town. His vehicle was totally destroyed and Filip was left for dead inside the crumpled car. “I don’t know how it happened, but God rescued me and saved my life.”

I asked, “Why would you keep risking your life to share with others about Jesus when you knew the grave danger?” He replied: “My people have no hope outside of Christ. They were taught there is no God, so they had no future, and no purpose in life. Jesus called me to tell them the Good News. You cannot say ‘no’ to such a command. I knew He was with me… and if I died, I would be with Him forever. When God is with you, you have courage.”

Just as we receive peace as a gift from God, so we may also receive His courage. First steps of faith might be tentative, emotions don’t always disappear, the enemy often whispers fear and doubt… “But if God is for us, who can be against us?” Our God is perfect love… and “perfect love casts out fear.” (I John 4:18) “We will not fear, though the earth give way and the mountains fall into the heart of the sea…” (see Psalm 46) “Take courage! It is I. Do not be afraid.” (Mark 6:50) “Yes, be patient. And take courage, for the coming of the Lord is near.” (James 5:8 – Living Bible)

Richard Wurmbrand was arrested in Romania on February 29, 1948. He remembered from his studies as a pastor that “Do not be afraid” is recorded 366 times in Scripture… once for every day of the calendar, including Leap Year, the day he was arrested. He spent 14 years in prison. God is kind to give such thoughts in the midst of our trials. We, in turn, can speak boldly to a confused, fearful world in search of hope: ‘Look to God! He has provided everlasting hope and life through His Son Jesus Christ. Turn away from all wrong, receive His love… live in Him!’

“What, then, shall we say in response to these things? If God is for us, who can be against us? He who did not spare His own Son, but gave Him up for us all – how will He not also, along with Him, graciously give us all things? Who will bring any charge against those whom God has chosen? It is God who justifies. Who then is the one who condemns? No one. Christ Jesus who died – more than that, who was raised to life – is at the right hand of God and is also interceding for us. Who shall separate us from the love of Christ? Shall trouble or hardship or persecution or famine or nakedness or danger or sword? As it is written: ‘For Your sake we face death all day long; we are considered as sheep to be slaughtered,’ No, in all these things we are more than conquerors through Him who loves us. For I am convinced that neither death nor life, neither angels nor demons, neither the present nor the future, nor any powers, neither height nor depth, nor anything else in all creation, will be able to separate us from the love of God that is in Christ Jesus our Lord.” Romans 8:31-39

This entry was posted in persecution. Bookmark the permalink.