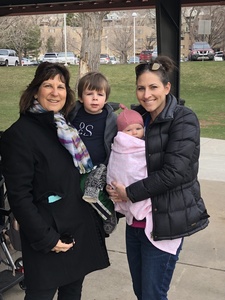 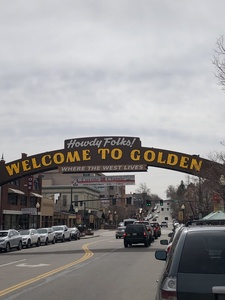 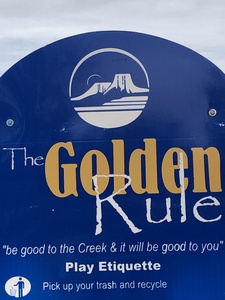 Over Spring Break, Susan and I had a great week with Kinsey, Jordan, Owen, and Keightley. On our last day we went to Golden, Colorado, a small town a few miles west of Denver. Signs in the parks stated their ‘Golden Rule’ as taking care of the creek that runs through the city. Of course, the more famous ‘Golden Rule’ has to do with taking care of people.

Visitors to the Chick-fil-A headquarters in Atlanta are given a wooden ruler with these words printed on it: ‘Golden Rule — Do unto others as you would have others do unto you.’ The restaurant’s founder, the late Truett Cathy, when asked about his philosophy in the business world, would often say: “We simply practice the Golden Rule.”

Jesus spoke these words in the Sermon on the Mount. Our world would be a better place if they were followed. Treating others the way you would like to be treated is the path of love… and the Father, Son, and Spirit smile as we love one another.

“So in everything, do to others what you would have them do to you, for this sums up the Law and the Prophets.” Matthew 7:12

“Therefore everyone who hears these words of mine and puts them into practice is like a wise man who built his house on the rock. The rain came down, the streams rose, and the winds blew and beat against that house; yet it did not fall, because it had its foundation on the rock.” Matthew 7:24-25

This entry was posted in love. Bookmark the permalink.